“Hard Won, Not Done” may be a phrase you hear in 2020 as this year marks the 100th anniversary of the signing of the 19th amendment which prohibits citizens being denied the right to vote because of their sex. Individuals and organizations across Iowa are coming together in support of the Hard Won, Not Done Campaign to commemorate the anniversary of women’s right to vote, to honor women’s suffragists, and to ensure women’s issues are still visible today. The Community Foundation is helping two such organizations in its region.

One of the sponsors of the Hard Won, Not Done Campaign is the National 19th Amendment Society based in Charles City, which maintains the historic Carrie Chapman Catt Girlhood Home and Museum. Catt was a suffragist and peace activist who helped secure the right to vote for American women.

“The home is very unique in that it is where Carrie grew up and had her formative years and where she had her bellwether moment as far as coming to suffrage when she was 13,” said Cheryl Erb, President of the National 19th Amendment Society. “She saw her dad and hired hand getting cleaned up to go into town to vote and Carrie asked why mom wasn’t going, her dad scoffed and said the vote was too important for women. Throughout her life, Carrie would refer to that as a defining moment in her life. She knew that would be something she would work to change.”

“It took over 72 years for suffrage to get passed, and Carrie was the one who developed the ‘winning plan’ in 1916. Her strategic vision is what helped to make that happen in addition to the other suffragettes,” continued Cheryl.

By the early 1990’s, Catt’s childhood home had fallen into disrepair and the National 19th Amendment Society purchased the home and worked with a preservation architect and contractor to restore it.

The Floyd County Community Foundation has provided multiple grants to support museum projects such as the purchase of new display cases, the suffragist exhibit, and updates to the interpretive center’s kitchen and office space. The National 19th Amendment Society also started a nonprofit endowment fund with the Floyd County Community Foundation to provide long-term stability and support for the home, museum, and interpretive center.

Carrie Chapman Catt’s Home and Museum will be the location of a number of centennial events scheduled this year by the National 19th Amendment Society, including a virtual open house and celebration on August 15.

“We are focused on one goal,” said Maureen White, Chair of the Cedar Falls-Waterloo 19th Amendment Centennial Committee. “To commission and install public art within the community that is in recognition of winning the right to vote for women.”

The Centennial Committee is on track to meet that goal after opening a special project fund with the Community Foundation of Northeast Iowa in 2019 to assist with the fundraising effort for two sculptures scheduled to be completed and installed in late summer/early fall 2020.

Artists Sarah Deppe and Victoria Reed, both University of Northern Iowa graduates, have been selected to create the sculptures to be located at the Black Hawk County Courthouse in Waterloo and the Cedar Falls Women’s Club, respectively.

Maureen reflected on the philanthropic side of the committee’s work and the societal changes that have begun to take place since the signing of the 19th amendment in regard to women and wealth.

“It has taken some time to change the idea that it’s okay for women to earn money and then for women to make decisions about what they do with that money,” said Maureen. “With the number of women in the workforce now there are just simply more women who do have income that is available to them to give to causes that they think are important to them.”

The 100th anniversary provides much to celebrate but recall what Carrie Chapman Catt said, “Progress is calling to you to make no pause. Act!”

Learn more about the Funds mentioned in this Story: 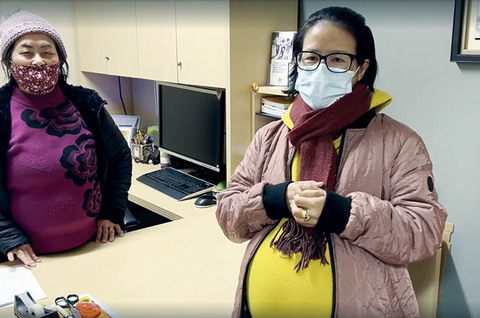 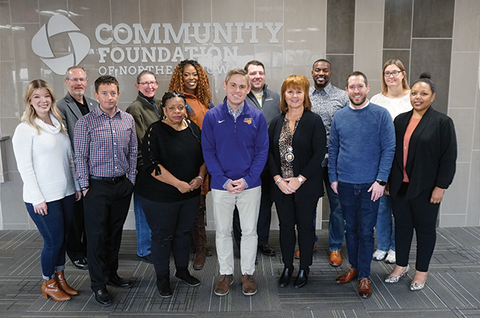