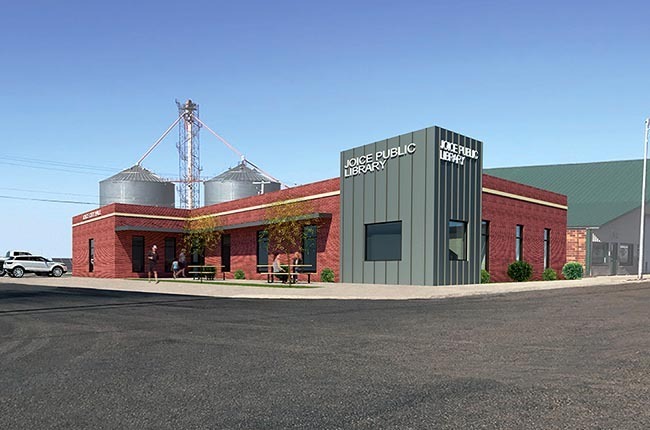 Devastation struck the City of Joice overnight in September of 2018 when a fire destroyed the building that housed city hall, the library, and the community center after just completing two years of renovations.

“We lost three important parts to our community at the same time, and it was a total loss,” said Mardene Lien, Library director and city clerk for the City of Joice. Mardene went on to say that what was most difficult was losing things that cannot be replaced like old school memorabilia and the city’s historical documents. “That was the saddest part.”

Within months of the fire, the process of rebuilding began. For a small town of roughly 200 people, growth can be challenging, and the community saw this situation as a chance for potential growth. “It wasn’t just about replacing what we had,” said Mardene. “It was our vision for growing our community.”

The city plans to build the library and city hall on a lot across the street from the destroyed building, keeping the location on Main Street in town. The proposal also includes a separate community center to serve as an event venue that will hold approximately 190 people, something Mardene said north Iowa needs. The total cost of the project is $1.9 million, which will be covered by insurance dollars, gifts raised through community fundraising, and grant awards, including the 2019 grant from the Worth County Community Foundation, an affiliate of the Community Foundation of Northeast Iowa.

“The Worth County grant was one of the final grants we were notified of, and we were so encouraged by it,” said Mardene. “It meant a lot to see that the Community Foundation supported us.”

“Their application stood out this year,” said Lucy Heiken, Worth County Community Foundation committee chair. “We felt it was essential to grant $15,000, more than what was initially requested, to the city’s reconstruction project. Strengthening and creating more vibrant communities is what we do, and the committee wanted to support the City of Joice as much as possible with their rebuild efforts.”

Construction on the city’s project started April 1, 2020, and is expected to be complete by the end of the calendar year.

“The community has really supported this project,” said Mardene. “That really says a lot.” Petsche Leaves a Legacy of Generosity in Black Hawk County 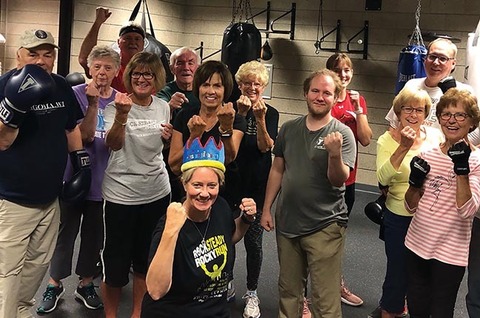 Fighting Back Against Parkinson's Disease 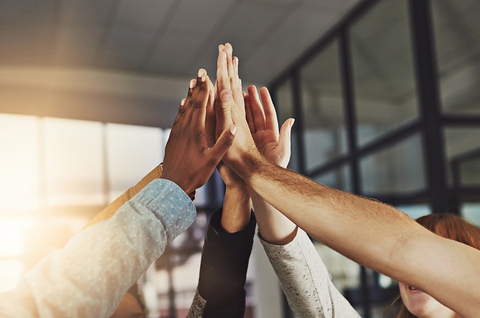