Ensuring the Show Will Go On

Theatre is home to many on-stage romances, but love of theatre brought Gary “Bum” and Donna Baumgartner together. Now, the couple is making sure their love of theatre will live on in the Cedar Valley through a commitment to support the Cedar Falls Community Theatre and Waterloo Community Playhouse. Bum and Donna have made plans to establish the Bum and Donna Baumgartner Family Fund, a permanent endowment fund, with the Community Foundation of Northeast Iowa through their estate after they are gone.

“We have no heirs. The arts and theatre have been integral to our lives since we have known each other. We want to continue to support community theatre after our passing,” said Donna.

Before they met, each was passionate about performing. Bum earned his theatre degree on full scholarship at the University of Northern Iowa (UNI) and then finished his marketing BS degree at Upper Iowa University. Donna graduated from UNI with an elementary education BA, followed by an MA in special education. After earning their degrees, Bum worked in Fly by Night and Bear Pit Dinner Theatre and then became a paralegal. Donna danced with Metro Dance Theatre for 10 years and taught elementary school special education for 32 years.

Eventually, fate intervened when Bum and Donna met in 1981 on the Waterloo Community Playhouse production of the musical “The Music Man.” They married on March 12, 1983, and have been partners in theatre and life ever since. Both have performed in numerous shows and worked backstage, with Bum directing more than 20 shows and Donna choreographing seven. Donna has also helped write grants for the Waterloo Community Playhouse to help fund the arts.

Through their dedication, Bum and Donna join other generous individuals in CFNEIA’s Legacy Society, a group of people who have named the Community Foundation in their estate plans to support their community and causes they care about most.

“We both believe in the importance of the arts as well as the Community Foundation. Philanthropy, to us, means supporting various ventures into perpetuity. We would like to see our two community theaters thrive and flourish with our continued support,” said Bum.

Their generosity is not limited to the arts and theatre. Through their love of travel (Donna has been to all seven continents, compared to six for Bum), the couple was moved to start a nonprofit to support Bashay Primary School and Shalom Orphanage in Karatu, Tanzania, raising and donating over $200,000 in eight years.

Bum and Donna have directed a play filled with love, adventure, kindness, and generosity in this production of their life. Generations of theatre lovers in the Cedar Valley will applaud the couple’s dedication to the theatre.

Learn how to leave a legacy for what you love at cfneia.org/legacy. 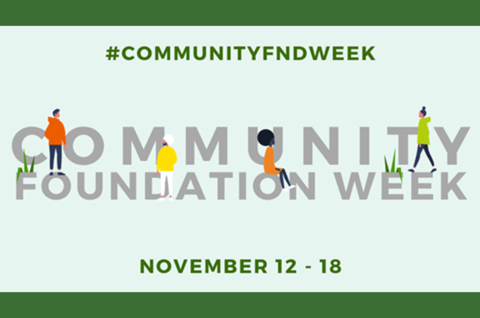 Here for Good for Iowa Communities Grantmaking Snapshot: Estherville Patrons of the Fine Arts
See All